This repository shows how Pact, Pactflow and Cypress could work together to provide increased confidence and reliability for web applications that rely on backend API communication.

The end-to-end project is based off the Pactflow CI/CD workshop at https://docs.pactflow.io/docs/workshops/ci-cd/.

It is using a public tenant on Pactflow, which you can access here using the credentials dXfltyFMgNOFZAxr8io9wJ37iUpY42M/O5AIZWxelWbLvqMd8PkAVycBJh2Psyg1. The latest version of the Example Consumer/Example Provider pact is published here.

NOTE: this repository took inspiration from the great work over at https://github.com/YOU54F/cypress-pact. 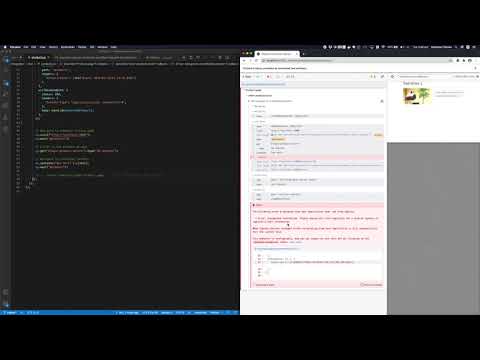 The following is an over simplified view of how this would work in a full end-to-end workflow:

There is also a Makefile to run via the CLI which is used by CI (GitHub Actions).

1. Improving the experience of Cypress testing​

Running UI tests can suffer from a number of issues:

In order to combat some of the issues from above, teams may choose to fake out a backend.

The Cypress documentation contains an excellent guide on the tradeoffs of stubbing vs e2e tests:

Pact tests are generally authored at a unit test layer, and we (currently) discourage the use of it at the UI layer for a number of reasons. Teams using both tools could reduce the overlapping test areas and corresponding maintenance if the two tools were better integrated.

3. Enabling a broader audience to get the benefit from Pact​

Currently, Pact tests are written as "white box" style tests, meaning they are generally authored by developers who maintain the code base. The Cypress experience is suited to a wider range of test authors who may benefit from writing and contributing to Pact tests.

Whilst we currently recommend avoiding doing Pact testing through a UI test, sometimes old code bases are a bit harder to pick apart and test at the "right layer", making unit testing much more difficult. So difficult that you just don't do it. You know the kinds of problems I'm talking about. Having a Pact test run "from the outside" has significant advantages for these use cases.

By integrating Pact with Cypress, there is an opportunity to reduce some of the downsides of stubbing in Cypress, namely:

Additionally, we can bring in new test authors to the Pact ecosystem, and reduce duplication for teams already using both tools, thereby saving time to value and reducing maintenance costs.

A separate solution is proposed, that makes use of the more advanced route2 functionality, which is able to proxy all network requests. This would be useful for a broader application when a "provider driven" workflow is implemented in Pactflow, removing the drawbacks of this kind of contract test.