We've created a few short, in-browser tutorials using the Katacoda platform to get you up and running quickly depending on your level.

The courses are written in Node and Java, however, extensive experience with the languages will not be required for the workshop.

NOTE: To complete the workshop, you will need to authenticate to Katacoda (the online learning platform) with GitHub, Google, Twitter or LinkedIn. 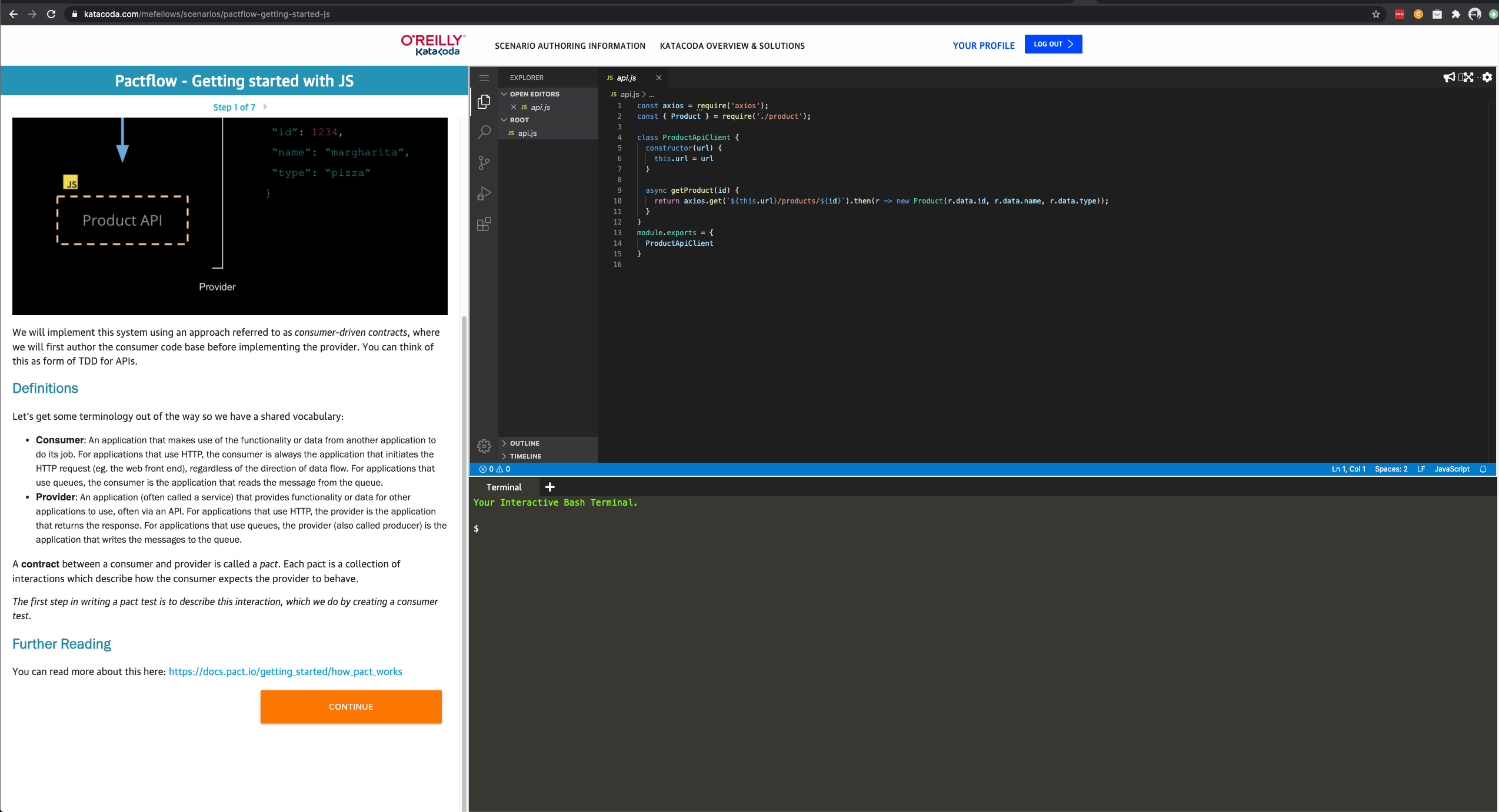 To complete these tutorials, you must have:

Getting Started with Pactflow​

In this tutorial, we guide you through getting started with Pact and Pactflow.

You will create your first contract, publish it to Pactflow and verify it on your provider.

Ultimately, our goal is to get you up and integrated with Pactflow as quickly as possible!

In the scenario, we extend the workshop from above, learning how to gate deployments using the can-i-deploy tool in the process.

Learn how to prevent releasing incompatible changes to production, by using integrating can-i-deploy into your CI/CD process.

You can complete the course at https://katacoda.com/pact/scenarios/pactflow-can-i-deploy-js.

Learn how to implement a Bi-Directional Contract Testing workflow from end-to-end, including integration with your CI/CD system.

You will learn how:

You can complete the course at https://katacoda.com/pact/scenarios/pactflow-bi-directional-contracts-intro.