NOTE: if you're running the CI/CD workshop, you can ignore this section. This is an extension to the example that demonstrates a new feature in developer preview.

This is an example of a Node consumer using Pact to create a consumer driven contract, and sharing it via Pactflow.

It implements a "Product" website, to demonstrate the new bi-directional contract capability of Pactflow (previously referred to as Provider driven contracts, or collaborative contracts). See the Provider counterpart.

It is using a public tenant on Pactflow, which you can access here using the credentials dXfltyFMgNOFZAxr8io9wJ37iUpY42M/O5AIZWxelWbLvqMd8PkAVycBJh2Psyg1. The latest version of the Example Consumer/Example Provider pact is published here.

In the following diagram, you can see how the consumer testing process works - it's the same as the current Pact process! (We do show an alternative using Nock's record/replay functionality) 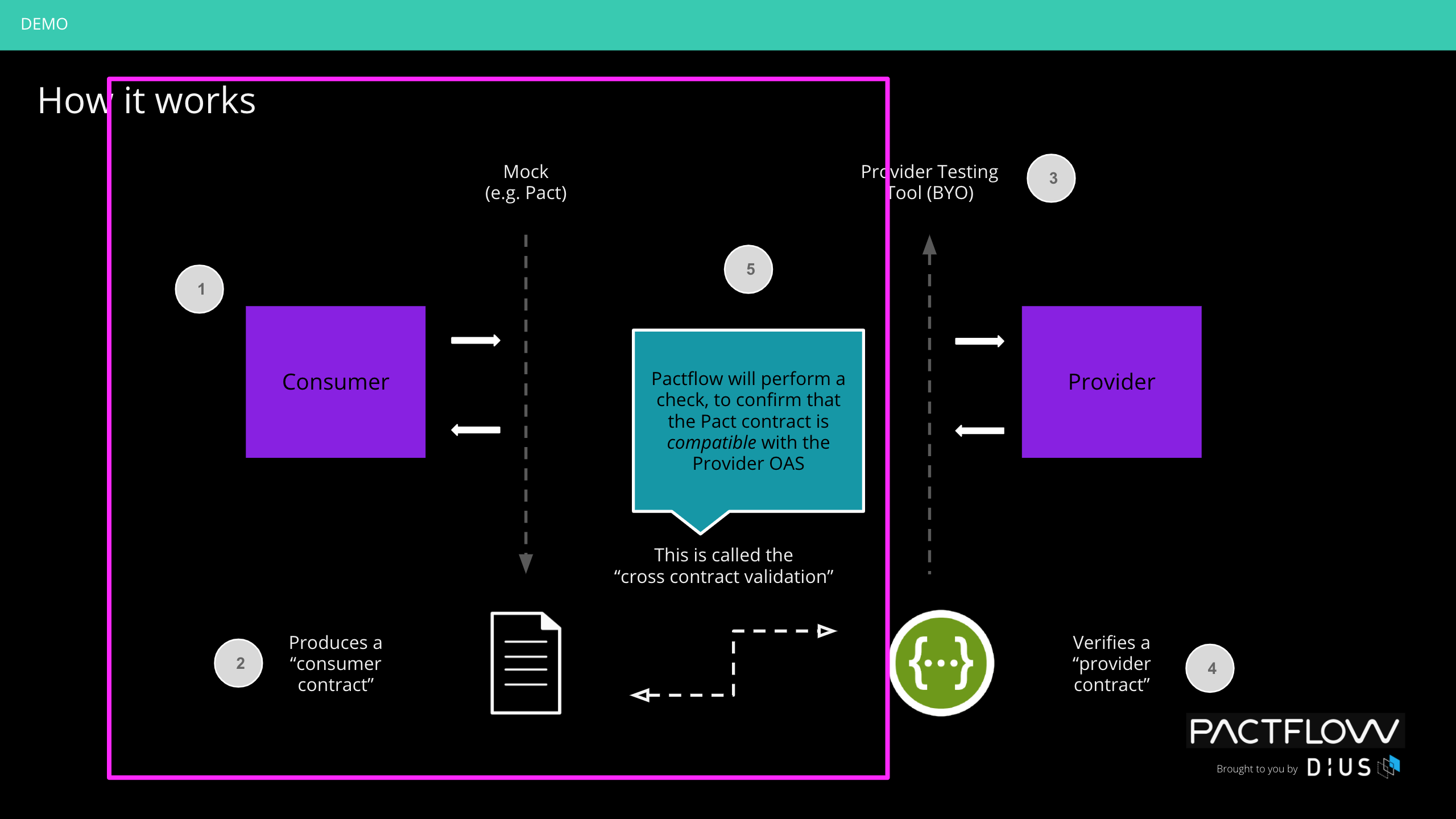 NOTE: The nock recordings are already in the project, in the ./fixtures directory, see below for how to obtain these recordings.

You first need to start up the provider API in order to obtain nock recordings. The API must be running on http://localhost:3000 for this step to work.

For the default Provider designed for this workshop, you can simply start it up by running npm start in the root directory of the provider project, as per its README.